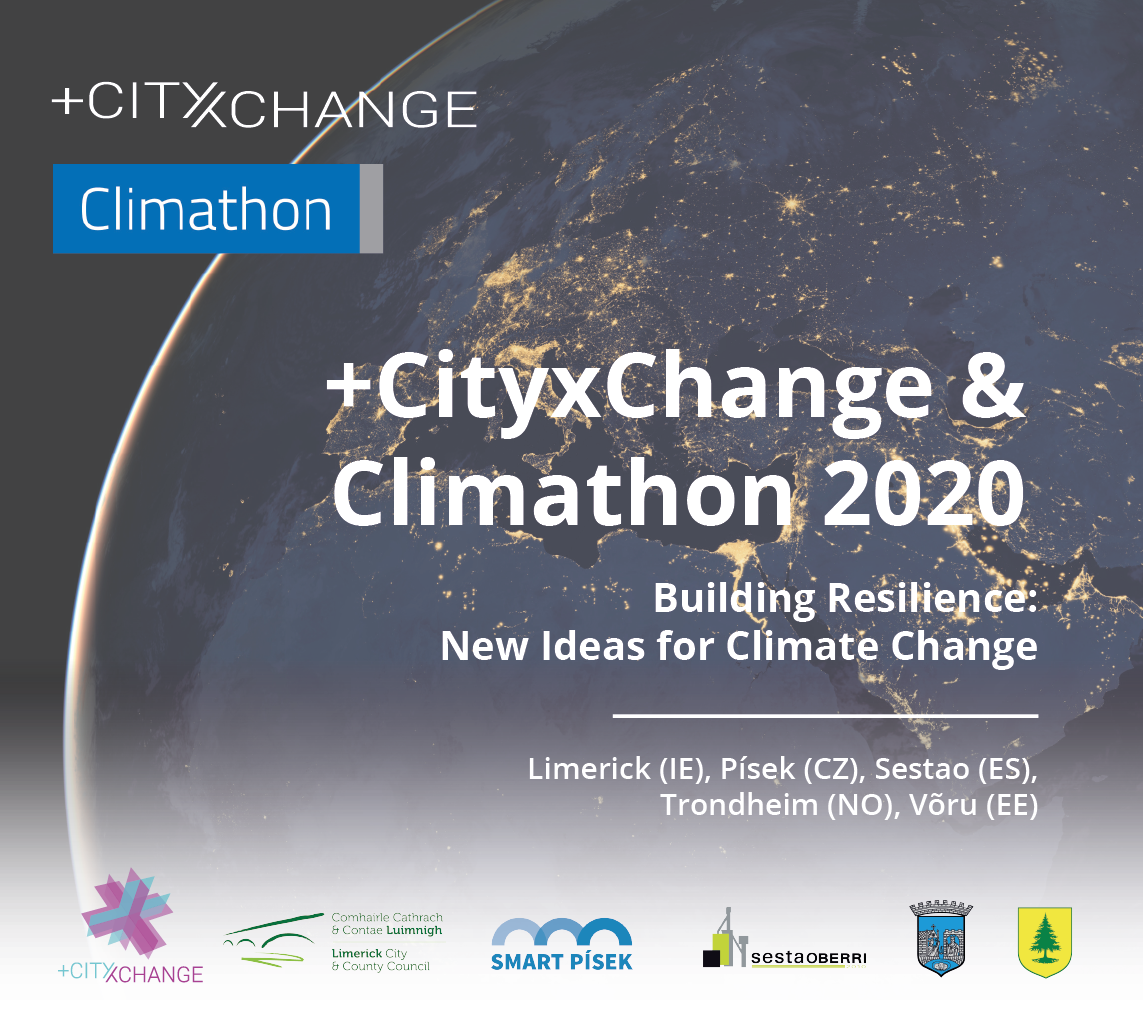 Five +CityxChange cities (Limerick, Písek, Sestao, Trondheim, and Võru) worked together with Climate-Kic to develop coordinated Climathon events (WP10), four of them running parallel from October to December (unfortunately, Võru had to postpone their event until January 2021 because of a lockdown). On Wednesday 16th of December all the organizers gathered together in an online meeting to hear not only the results, but also the thoughts and ideas that had emerged during the process.

A common shared theme of all the individual Climathons was ‘Building resilience: new ideas for climate change’. This theme was localized according to the needs and interests of each participant city: for example, Limerick was focusing on school access, Trondheim in increasing community engagement, while Sestao was working on participatory ways to reduce carbon emissions.

The circumstances forced organizers to re-think of the nature of the Climathon. A shift from the classic “hackaton” style format of an intense 24-hour workshop had already started to better accommodate participants with different life- and family situations, so the Climathon was a perfect chance to test how taking things online and spreading the events throughout a longer time period would affect the nature of the event. When asked to describe the Climathon, participants in Trondheim mentioned words like challenging, educational and collaborative.

On top of positive participant experiences, also the organizers from the participating cities were positively surprised by the outcomes. For many of the cities, the Climathon was perceived as an informal event to start a collaboration with nearby municipalities or professional/academic entities, and for the citizens as a “safe space” for everyone to express their opinions and discuss outside of the rigid municipal public meetings. The Climathons also resulted in multiple ideas for tackling local issues, and several of them are already in further development:

The +CityxChange project offered a community for hosts and was playing a key part in introducing a more systematic thinking in the process. All participating cities saw the Climathon first and foremost as a platform for serendipitous discovery.